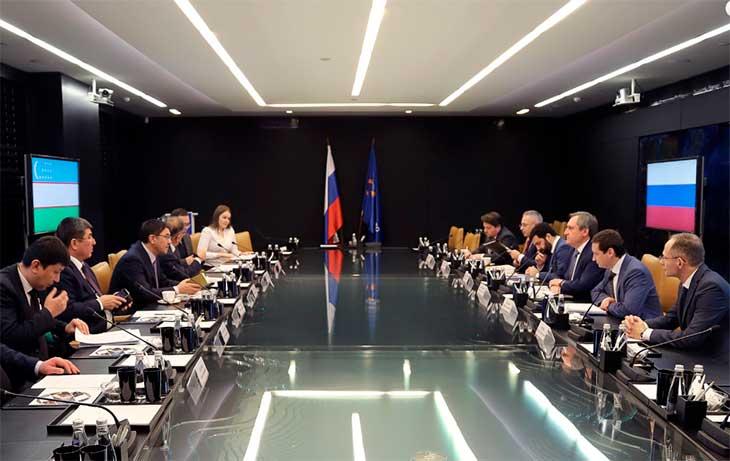 Russia will take part in the development of a feasibility study for the construction of the Mullalak and Verkhnepskemsk hydro power plants on the Pskem river in Uzbekistan, Uzbek media reported.

Chairman of the Board, General Director of PJSC RusHydro Nikolai Shulginov and Deputy Prime Minister of Uzbekistan, Minister of Finance Jamshid Kuchkarov held talks in Moscow on December 11.

“The main theme of the meeting was the development of cooperation between RusHydro and Uzbekistan in the field of hydropower. During this meeting, the parties discussed the current state of cooperation, as well as prospects for expanding joint activities in the design, construction of new and reconstruction of existing hydropower plants in Uzbekistan,” the Russian company said.

The parties confirmed their intentions to adhere to the previously reached agreements, including the creation of a joint group between Institute Hydroproject JSC (institute of the RusHydro Group) and Hydroproject JSC (Uzbekgidroenergo company), as well as concluding an agreement between the organizations on the feasibility study of the project “Construction of the Mullalak Hydropower Plant” (240 MW).

Members of the Uzbek delegation informed the management of RusHydro about the current state and plans for the development of the country’s power industry. In particular, the Uzbek colleagues noted that in the country’s energy balance, hydropower generation makes only 13 percent, and Uzbekistan sees expedient further development and modernization of hydropower, both within the country and through the implementation of import-oriented projects in water-rich neighboring countries.

Nikolay Shulginov noted that the companies of the RusHydro Group have been in close contact with their Uzbek colleagues for more than a year and are ready to implement mutually beneficial projects in the field of research and development works and the design of hydroelectric power plants and hydraulic structures.

In November 2017, PJSC “RusHydro” and JSC “Uzbekgidroenergo” signed a memorandum of understanding and cooperation in the field of hydropower, and JSC “Lengidroproekt” signed an agreement on the implementation of certain types of work and the provision of consulting services in the development of a feasibility study for an investment project for the construction of Pskemskaya HPP ( 404 MW) on the Pskem River in the Tashkent region.

During the first Forum of interregional cooperation between Russia and Uzbekistan, with the participation of the heads of state, an agreement of mutual understanding and cooperation in the field of hydropower was signed between PJSC RusHydro and JSC Uzbekgidroenergo.

The key point of the agreement is the creation on the basis of design institutes of a working group, which in the first quarter of 2019 will begin the development of a feasibility study for the construction of the 240 MW Mullalak and the 200 MW Verkhnepskemsk HPPs on the Pskem River in Uzbekistan, including the design and survey and research papers.

At the conclusion of the negotiations, the parties confirmed their readiness for mutually beneficial cooperation and agreed to expand the list of projects for which subsequent negotiations and pre-project elaboration will be conducted.

In the first half of 2018, Russia ranked first among the trade partners of Uzbekistan with a share of 16 percent of its foreign trade turnover, and Uzbekistan is also one of Russia’s leading economic partners in the CIS.

The bilateral trade in the first half of the year grew 32 percent (to more than $2 billion), while Russian exports increased by 41.6 percent and imports by almost 10 percent.