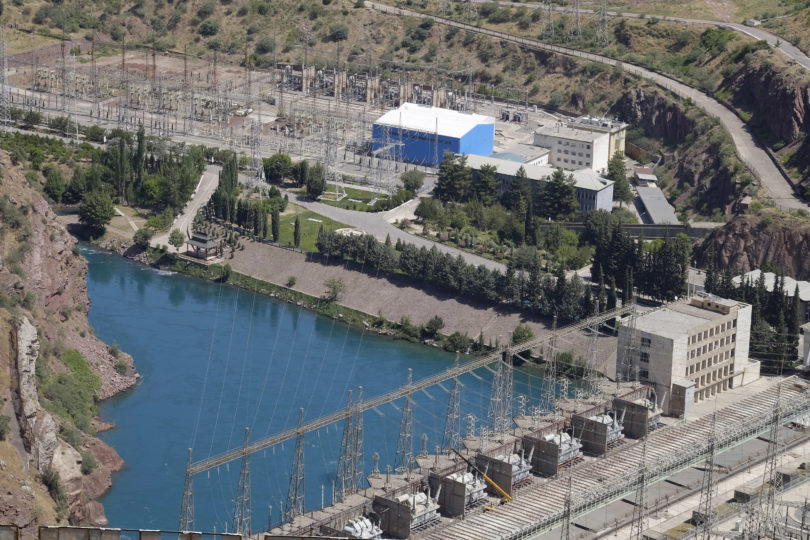 The last two weeks in Tajikistan have brought reports of power blackouts in the regions, indicating that the recent commissioning of a generating unit at a huge hydropower project is not yet yielding dividends.
As Asia-Plus newspaper reported on March 14, the majority of regions in Tajikistan have seen rationing of electricity between midnight and 6 a.m. over that period. There have also been reports of blackouts throughout the day, and even occasionally in the capital, Dushanbe, which has largely been immune from such occurrences in recent years.

A source at state utility company Barki Tojik told Asia-Plus that the problems were caused by ongoing repairs on power lines and sub-stations. But another source at the utility contradicted that position, attributing the outages to low water levels at the Nurek reservoir, which powers the Nurek hydropower plant, the country’s primary source of electricity.

Tajikistan has been experiencing a chronic electricity deficit for much of the period since 2007. Around the time of last year’s launch of the maiden generating unit at the Roghun hydropower dam, which is still years away from total completion, the government declared that those days were over.

But another local outlet, Avesta, reported on March 4 that power production had been temporarily suspended at Roghun. That decision was linked to maintenance work. It is not clear, however, what kind of maintenance could be taking place at a generating unit that was only put into commission in November.

There was even more potentially worrying news last month, when it was reported that workers on the Roghun project were starting to grumble about not being paid for several months. In a February 11 article, Moscow-based news website Ferghana cited employees at two sub-contractors as saying that they had not received pay since September. Those companies were in turn not paid by the government for their work, Ferghana quoted its sources as saying.

Roghun is said to employ around 20,000 laborers. If it is ever completed, the dam will tower 335 meters and become the highest of its kind ever built. Tajikistan is banking on charging its economy by exporting electricity to countries like Afghanistan and Pakistan.

It is estimated that the project will require around $4 billion to complete. The cash-strapped government has resorted various means to drum up the funds. Around a decade ago, it organized a share sale that saw countless Tajiks forced to part with money for stock that is unlikely to yield returns any time soon — or ever.

And then in September 2017, Tajikistan placed $500 million worth of international bonds at initial yield of 7.1 percent with the express aim of providing funding for the project. Those figures represent an onerous 10-year repayment schedule that significantly raises the stakes for success at Roghun. For the period from 2025 to 2027 alone, Tajikistan will be on the hook for more than $200 million.

In mid-November, President Emomali Rahmon officiated over a major ceremony to set the first power-generating turbine out of the six planned for the dam into motion. Salini Impregilo, the Milan-based company that was awarded the contract to erect the dam, said at the time that their schedule envisioned a second turbine producing power by 2019.