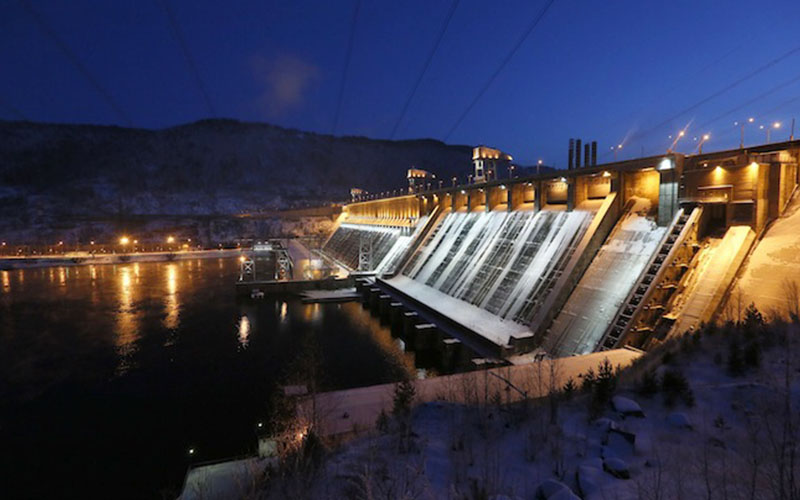 From technological point of view, hydropower industry is a production of energy with the use of hydro turbines installed on water streams.
According to 2009 rating, energy consumption in Russia was on the level of 167 MW/person (5th place in the world).
Potentially, hydropower energy of Russia is comparable to existing level of energy production of existing power plants due to its hydro recourses, but only 10-15 % of the resources are used.
In present-day Russia there are more than 10 hydropower plants with the capacity of more than 1000 MW. 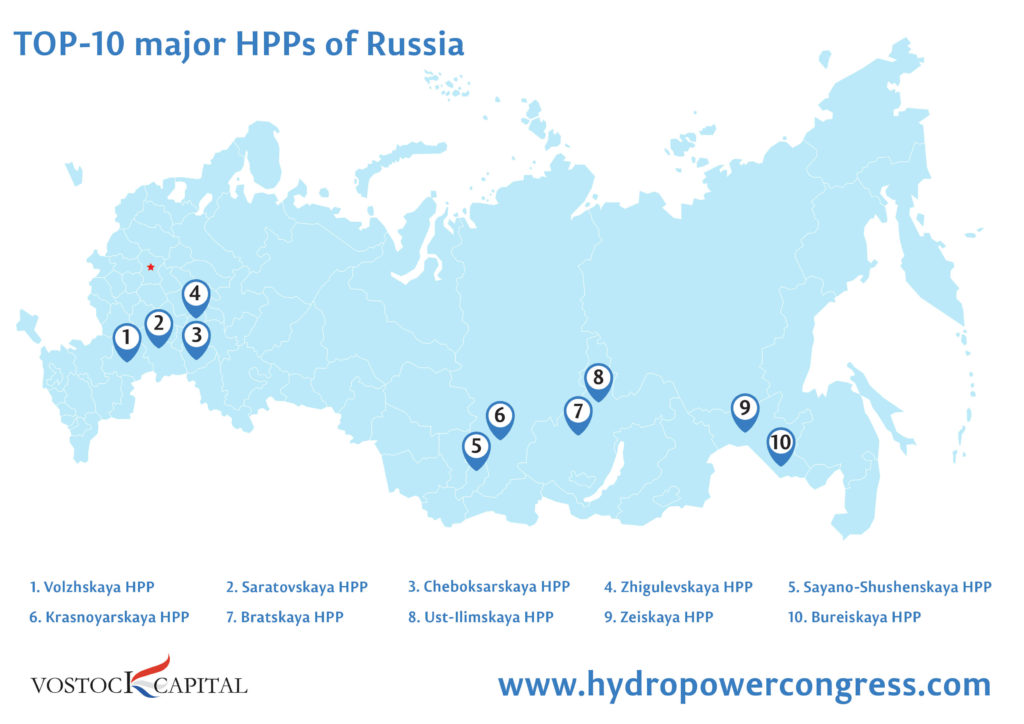